Sword for Hire and resident traveller. If there is anything you have a need of, he'd be able to assist. Whether it be something mundane, or something far riskier.

A man isn't without a history, and a history is not without a story to tell. In here you will learn a small bit of what has melded him into what he is today. 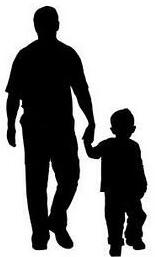 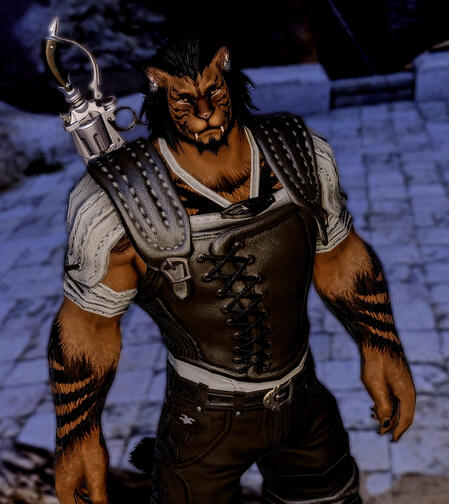 We delve deeper into more of the man within, the personality that drives him in his everyday life.

What makes a man into what he is, but what he has learned over his life. Either to survive, or help other's survive. 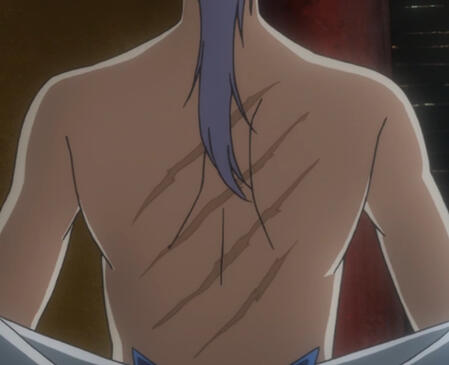 History, expertise, and personality is part and parcel to what makes a man. But to truly know a man, you must also know the people he's acquainted with. The types of people he chooses to surround himself with.

Scars: He has some light scars from his time on the road. Some light ones across his hands and a small, thicker scar along his right bicep.

Strengths: His calm approach to things. His resolute mind and quick thinking. His willingness to help others. His domineering personality.

Weaknesses: His willingness to help others has gotten him in trouble quite a few times. The penchant to trust too quickly. A penchant for throwing himself face-first into trouble. The penchant to flirt with the opposite sex. 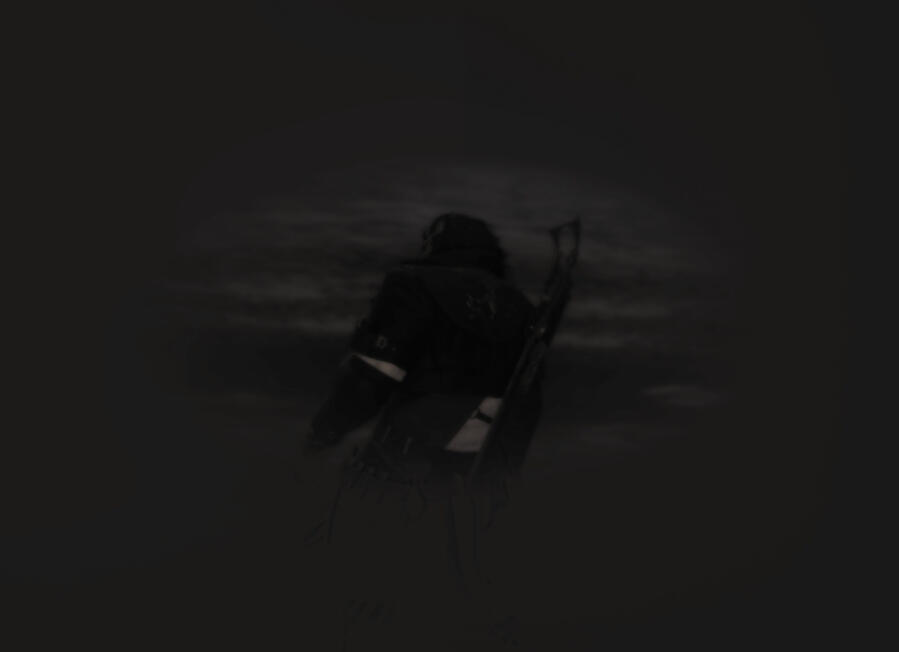 Born an only child, he had spent most of his young life in Bozja, the largest commercial hub in Othard. His father had worked as a dockhand. Until everything changed when the Garleans had arrived.

Ever since that day, he's been wandering from place to place, living as a Hired sword using the sword his father had left for him when he escaped. 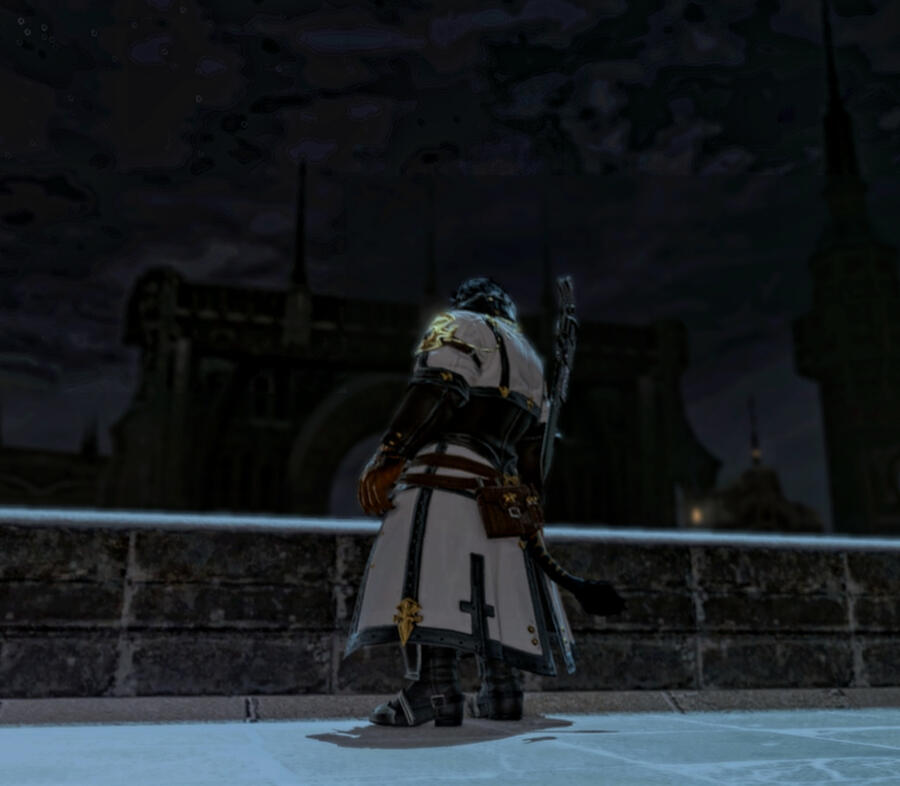 His personality is a mix of youthful exuberance, to an elderly calm. From the day of the incident to his current travels across the various continents, he has grown in age and wisdom. Still keeping some of his original youthful personality, he has grown much the wiser and calmer since. Still garnering a distrust to the Garleans, but has learned to control the rage that dwells within. Learning ways to calm his spirit and body as he's able to remain in one spot for hours in meditation.

Even with the capability to maintain his resolve, there will always be times of heightened emotions that can pull the beast within free. Rendering him into that of a primal state much like the clansmen prior.

He also is prone to flirt with others of the opposite gender at times, not able to stop himself when he gets started. Especially considering the chances of finding a female of his race is nigh impossible. 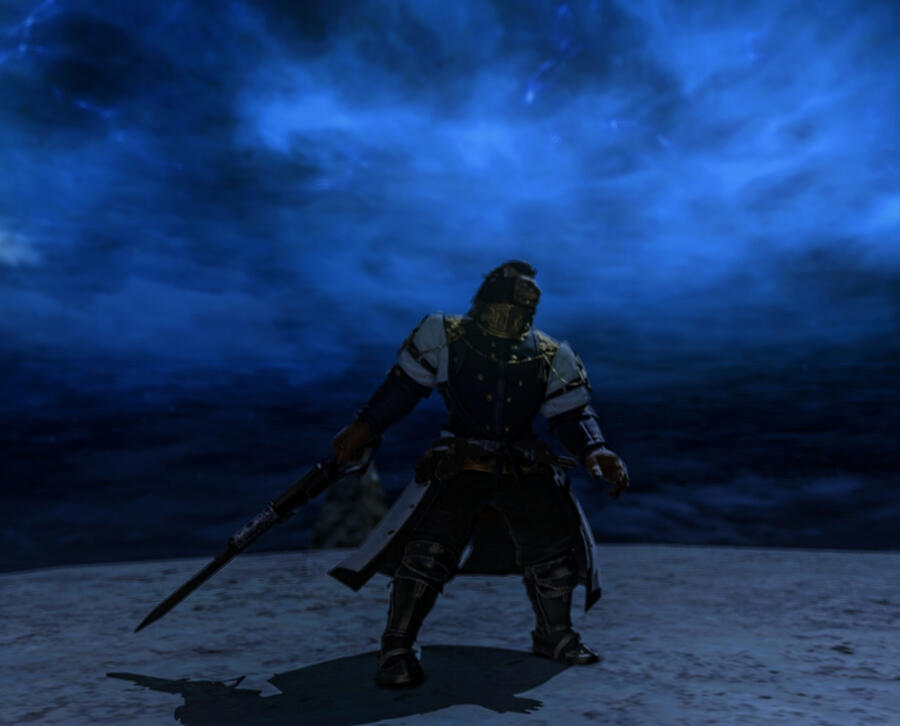 Much of his early childhood, he had learned the art of the Gunblade with his father. Soon after, he worked hard and continue to master the blade with much more proficiently for a few years. Slowly but surely he would become near as adept at it as his father. When he grew of age after the incident, he thought it best to travel the world to further improve upon his skills while laying low.

Along his travels, he would meet up with various artisans and fighters as he continues his track of learning. Soon picking up various tips and skills to help get better all-around. Like the breathing & meditation techniques of the pugilists, the mana management of the conjurers and thaumaturgy, and even the ability to manage one's inner beast from the marauders. 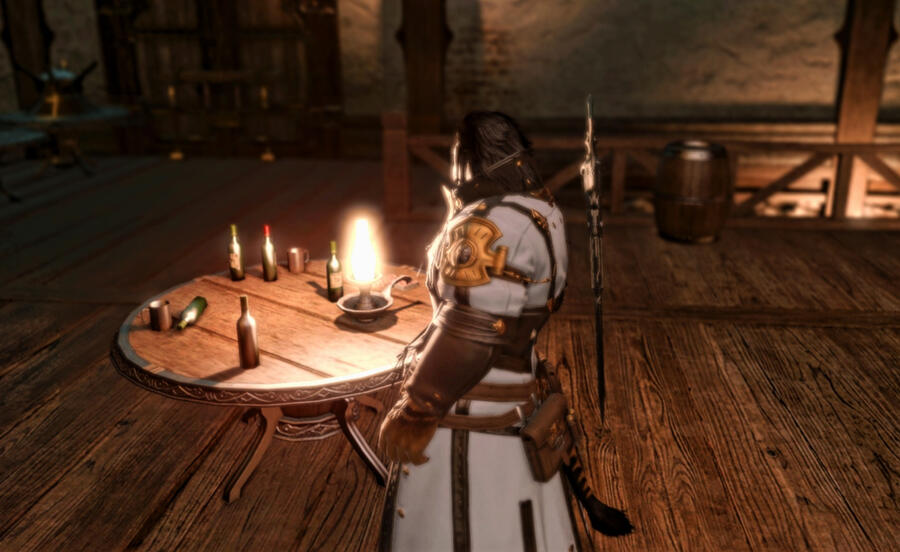 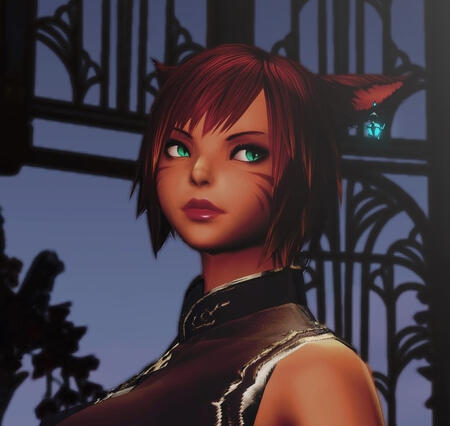 'What started as more than just a simple job, became so much more. Whether anything comes of this sudden encounter is unknown. Only time will tell.' 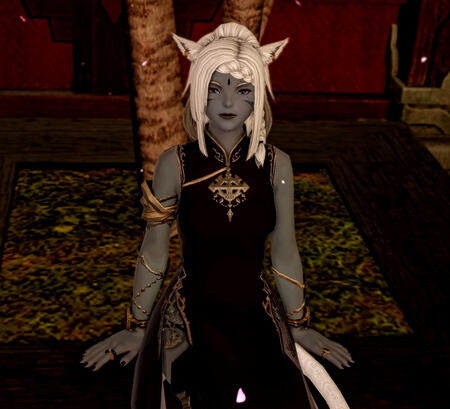 'While on one of his usual guard duty assignments, he ran into the lovely Mercy. One thing led to another and they became rather close. Here's hoping they meet once more at a later date.' 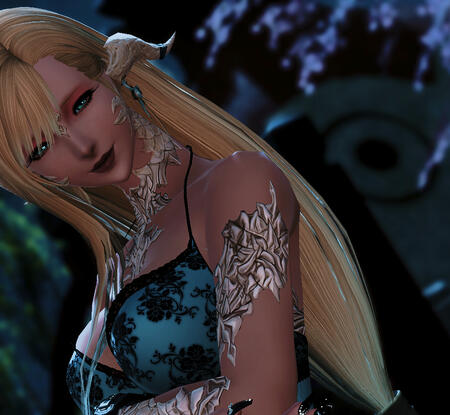 'Every job he's done, has taken him all over, meeting various beauties of the realm. But none have prepared him for the beauty he'd come to meet, and soon protect for, on one of his biggest jobs to date.' 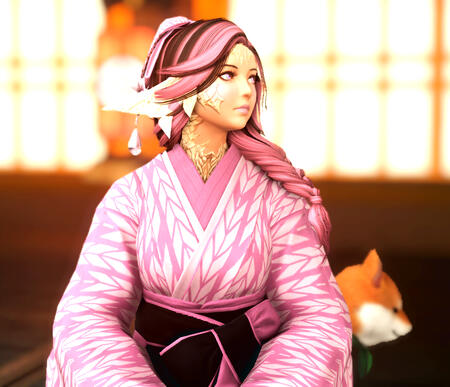 'Wife to the aforementioned Yukine, also yet another beauty that he was not prepared for. Part of an ever growing family that he'd soon become real close with over the course of his time on the job.'